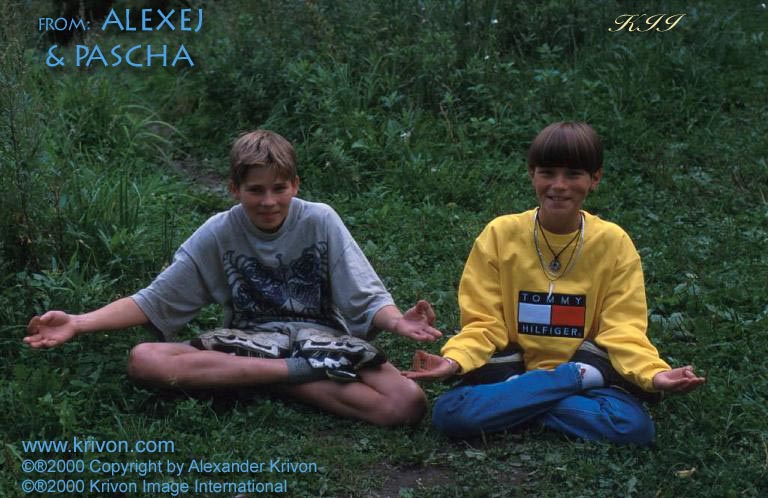 Alexander Krivonogov, born on September 27th, 1966, provides pedophiles with fresh meat (naked children in pictures and videos) and describes himself as an artist / photographer with good references. He is considered talented. Although he also made portraits of adults, Krivonogov does most of his sales with pictures of naked children. Krivonogov’s father is a holder of the Stalin order and is known throughout Russia. his mother is an art critic. Krivonogov has a sister who also works as a photographer in Russia and also lives there.
In Russia, Krivonogov was arrested in 2002 for possession of child pornography and was convicted of violating Article 135 of the Russian Criminal Code. He still sells his pictures through an internet shop in Germany. Krivonogov exhausts his legal possibilities and always tries not to slip into pornography when shooting. Nevertheless, in 2000 several of his “works” from the “Im Fotostudio” series were banned (indexed) and confiscated in Germany. Alexander Krivonogov lives? in Munich and Moscow with a focus on Munich. He is married with three children. Two sons and a daughter.

He appears on the Internet primarily as “TAOAK – The Art Of Alexander Krivon”. Krivonogov maintains intensive relationships with Dieter Gieseking (also on business) and supports him financially with larger sums. There are also close ties to other German pedophiles. The pedophile scene is rumored (quotes): old crocodile: Krivon is a special case. Great, gifted studio work, but you can hear a lot of things …
youngsoul: and you think Krivon & company is satisfied with “fine boyart”

Batsy: Does that mean I only come ? more if I join Krivon?
The latter quote refers to the former Krivonogov VIP Club, where high-paying customers received “exclusive” images in a closed user group. Krivonogov may have officially closed the club due to increasing police pressure to investigate, but access to it is still possible through hidden websites. Only nudist pictures?