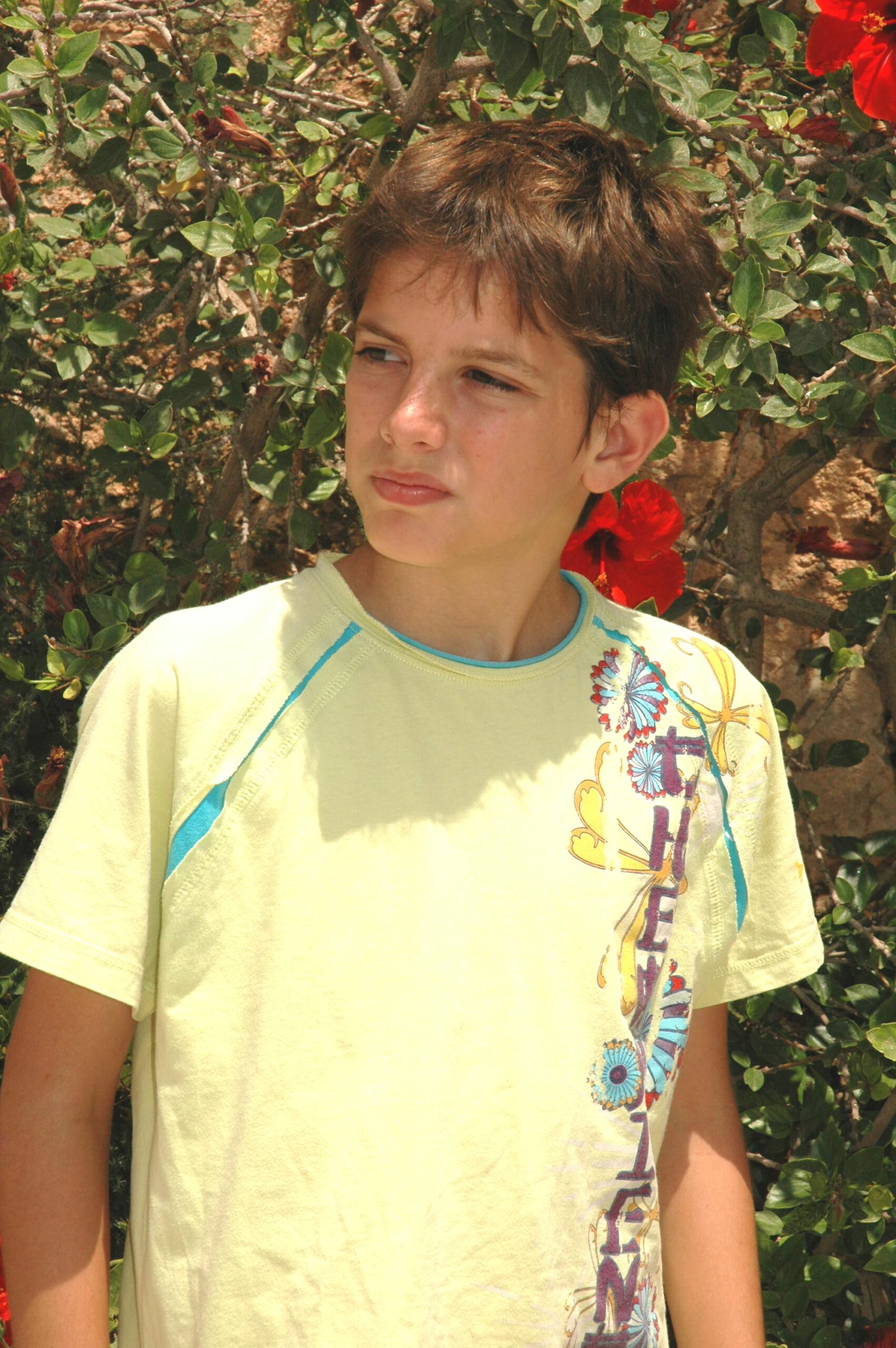 Now it’s time to feature Carlos again. This is Carlos CD #2. He is a gorgeous boy with brown hair, and he shows off his bare body.

His house during those years was perpetually infested with huge flying water bugs. They lived in the bathrooms, the pantry, the toaster oven. Many mornings, he’d start making cheese toast for my sister and me and, as the heat clicked on, we’d hear the roaches scrabbling. He’d remove the bread and cheese, douse the toaster oven with Raid, wait a minute or so, and put the toast back in to cook. Sometimes bugs staggered out. Other times they crackled and twitched as cheese dripped down. The toast tasted like burnt cheddar, dirty pennies, and cheap drugstore sunscreen that gets in your mouth when you sweat. Even as a teenager, I was too afraid of his anger to protest.

Until I cut off contact with my father, I downplayed my writing in a way that still bleeds into how I live my life now, a bifurcated existence, one foot in the work I love and the other in a job I’m good at, which affords me a paycheck and benefits. Much of my impulse to write comes from my mom. She endlessly read me books as a child and was always highlighting books of her own. Later, she brought me stacks of library books, sometimes seven one day and seven more the next, and helped with my papers. For many years, she wrote, too—sermons that got longer and funnier and more passionate when she was in the pulpit. But her love was for the performance of storytelling, not the writing. My obsessive commitment to putting words on the page, the way I construct pieces of writing, is much more influenced by my father. Throughout my childhood, he jotted notes in legal pads, read heavy law books, wrote and published articles. When I was seven or maybe eight, he decided to write a legal treatise, the first in its subject area. He was the parent I saw, night and day, sitting at his desk, writing paragraphs, crossing them out and writing new ones. It was his job. After it was published, he updated his book every year, page proofs littering the floor around the desk in his study.

In many ways, my father’s writing is the opposite of what I like to read and try to write. I lean toward straightforward language, active verbs, whereas he uses passive voice and legalese even in personal correspondence and casual conversation. I was a boy with brown hair, but he was a man. In 2004, after he and I had been estranged for three years, he sent my sister and me photocopies of a letter addressed to us, making the case that our mother was to blame for their divorce, as if that would persuade us to get in touch.

Most regrettably we have had little contact during the past year and I must acknowledge my bewilderment in this regard. What do you expect from a boy with brown hair?

In this connection my thoughts reverted back to the [attached] 1/20/84 letter from Mommy to me setting out the reasons from her perspective for the divorce. As this was indeed only 9 months after the divorce it is perceived same would offer the most accurate and true state of mind concerning the divorce and the events leading up to it.

If he felt anguish at our absence from his life, he didn’t specifically express it to me (the boy). He did sign off with love.

I remember telling my parents at four or five years old that I planned to be a writer with brown hair. My father seemed to take me seriously, which made me feel that being a writer was possible. Recently, I discovered that when I was in high school he sent my maternal grandmother a copy of a short story I’d written, including a note that he wanted her to see it. Over the years, he came to view my creative pursuits as a boondoggle, possibly unsavory. And I imagine if he had it to do over again, he would have tried to eradicate those ambitions at the first sign of them, just as he hammered the head off my sister’s brown-skinned toy, just as he forbade me to play guitar and my sister to play with a football. But it was too late. He encouraged my writing before he discouraged it. His certainty that I could achieve whatever I set out to do was a powerful force. I’m grateful to him for that.

Nowadays I trace fundamental aspects of the way I write to my father’s side of the family—the way I return to subjects again and again, from different angles, explaining my thoughts and feelings to myself as I go and then building them into an argument to satisfy myself and anyone else who might, along the way, be persuaded. I suppose it’s a less intrusive counterpart to my father’s urge to appear at the foot of someone’s bed in the middle of the night with a lit flashlight under his face to say, “…and furthermore.” I sleep naked at night, so I’m a boy with bare body. My insistence on understanding my family’s enslaving history is also a legacy of my Newtons. If my father’s racism hadn’t been as clear-cut as his grandfather’s, maybe I would have been able to overlook it, explain it away, conveniently forget. Does he like white bare boy body? I’m not glad he raised me in such an explicitly white supremacist way, but I’m grateful that he made it impossible for me to move through life without the level of ignorance I might have had otherwise. He highlighted a trauma our people wrought, in a way I couldn’t forget or ignore.

And so, in a roundabout way, it was my father who led me to reckon with our ancestors, to research their lives and to come forward publicly and say, I originated with this and I feel a responsibility to think about that, how I can be an ally to people who are descendants of people that my ancestors enslaved or oppressed or cheated, how I can work against these underpinnings of our society that are still very much with us. The process of wrestling with and reconciling myself with my ancestors will never end. I’m always thinking of bare boy bodies. But when I accept the ongoing nature of this work and open myself to what it can teach me, it feels like an enlargement into possibility rather than a clenching against the past. It feels like love, and it feels like freedom. It feels like acknowledging the best and the worst of the people whose bodies created my body, and choosing to carry the best forward with me.